During the first decade of our operation we worked on infrastructure projects with a combined worth exceeding PLN 10 billion. We’ve become the first choice for many companies constructing expressways, power lines, pipelines, onshore and offshore wind farms, or telecommunications infrastructure.

We also work for companies from other sectors as well as large industry and professional organizations.

A power line in dense suburbia

The IDS-BUD - ENPROM consortium comissioned Forward PR to conduct complex public consultations for a power line planned to run through a densely populated Poznan suburb. The project drew strong opposition from authorities and local communities even while still in the tender phase.

We began by setting up a team of diverse competences. We identified the stakeholders and discussed a consultation plan with them, thus making the investment process transparent and starting the dialogue.

Working with a group of experts we conducted a detailed survey of the area and produced simple and informative brochures and other materials. These became the basis for the talks with all the stakeholders. Each proposal of a route variant was noted and made public with a detailed analysis of its impact.

We discussed with the land owners the detailed location, appearance, and impact of the line on their lots, often using customised visualisations.

In 90% of cases the right of way was obtained via agreements. The environmental impact report for a line passing through several municipalities was met with a single objection. The route was modified in several spots at the request of local communities but the total length of the line did not exceed the initial assumptions of the contractor. There was no more bad press around the project.

Consulting a power line route in a city during the pandemic

In preparation for the investment, we conducted a thorough analysis and created a social communication plan. Taking into account the social risks, the investor changed the original route, moving the line further away from residential and recreational areas. We presented the results of dendrological analyses and a plan for restorative plantings to the district authorities and the local community.

The start of the consultations process coincided with the outbreak of COVID-19. We had to devise alternative forms and tools for public participation. We put detailed information on the project online, along with drone footage of the route, interviews with experts, preliminary plans of greenery restoration - and interactive feedback forms. We created a consultations summary report and a construction phase guide for the general public. We kept the local media updated. News and answers to residents' questions were being published on the project website. The district and municipal authorities were regularly briefed on the progress of the investment.

There were no protests and we established effective cooperation with the local government. There was no negative reporting in the local media. We received a lot of positive feedback from the public regarding the quality of the information process.

Producing and promoting a pioneering report on patient experience

Siemens Healthineers approached Forward PR with the idea of a first comprehensive report on patient experience in Poland. It was a relaunch of our earlier cooperation that resulted in two impactful reports on public health.

We built an interdisciplinary team of health experts and social researchers. We co-designed the research tools and then edited the final text. Working closely with graphic designers, we developed a custom data visualization system. Gathering a group of allies around the findings, we convinced NGOs, the academia, healthcare professionals associations, and government institutions to engage with the report. We organized the premiere and accompanying debates, making sure the media covered the story.

The report reached multiple sectors and levels of the healthcare world, helping Siemens Healthineers to further develop relations with their partners and customers. The findings became a basis for reform initiatives by other entities. A chart on the public healthcare system even gained meme status.

Together with the Institute of Communications and the Ministry of Digitization we ran a comprehensive campaign that helped to provide the public with reliable information about 5G: what the technology actually is and what impact it may have.

We published an accessible brochure discussing the most important issues related to radio frequency electromagnetic field in our environment. We also wrote and designed a 5G FAQ leaflet, exhibition about that technology’s impact on everyday life, and the content architecture of a government website about 5G. Disinformation, fake news, and guidelines for responsible communication became main topics of an international conference that brought together the most prominent Polish and international electromagnetic field experts.

The tools created by us became an important source of reliable information for local governments and other institutions. As a result of a series of press events, experts supported by Forward PR consultants regularly provided scientifically verified knowledge about 5G. Increasingly, the media also pointed to the problem of deliberate proliferation of conspiracy theories.

The Polish Business Roundtable commissioned Forward PR to increase the number of participants in the longest-running Polish internship program while also co-opting more universities to the program.

We began with a thorough audit. We looked through past communications, surveyed alumni, and interviewed career offices at the universities. We also ran usability and UX tests of the recruitment website.

We fine-tuned messages depending on the needs of participating companies and the expectations of candidates from different fields of study. We simplified the registration process. We successfully pitched the media to cover our research report on students in the job market, featuring comments by the Polish Business Roundtable and program alumni. Stimulating the relationships with the career offices meant they became enthusiastic ambassadors for the program.

In three years the number of candidates tripled. More than 200 universities are now part of the program and actively promote it among their students. Each edition of the program brings dozens of mentions in major Polish media. A more precise communication resulted in a steadily growing compatibility rate, indicating how well the interns had been matched with the companies. The brand recognition among students and universities has grown, and the annual Polish Business Roundtable report on young work force always sparks media interest.

Let's talk about
your business. 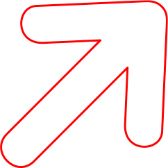